The construction of the well was financed by the Pictet Group Charitable Foundation. The well was completed in June 2017.

Before the well was built, the children were responsible for going to a spring more than 2 kilometres from the village. The latter is dried out from September to May and when there is water, it is polluted. From now on, children’s domestic tasks are reduced and they benefit from an invaluable time saving allowing them to be more involved in their school education. 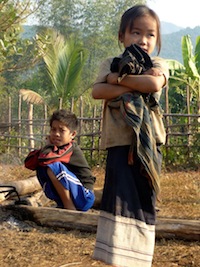