This is a small village located in Bolikhamxay Province in the plateau area with 647 people living in 110 households. Their main activities are agriculture and livestock. Some are also government employees. The average household income is FRS. 40 per month.

Before the well constrcution there was about 70 % of total of the population who purchase drinking water and less than 30 % who are drinking boiled water from the stream or from a small river, which are polluted, and far from the village.

The well was financed by Marlène and Peter Schmid of the Commune of Cartigny (Canton of Geneva). It was completed at the end of 2018. 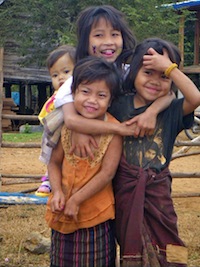